A Modern tissue at your home that…

An investment in a new paper machine is to double the tissue paper production of Century Pulp and Paper. Metsä Fibre sells pulp to the Indian market in cooperation with its Japanese partner, Itochu.

A new tissue paper machine, which will double the production of Century Pulp and Paper (CPP) to 76,000 tonnes a year, has been set up in Uttarakhand, northern India, in April 2021. Because of the COVID-19 pandemic, the machine came online slightly later than scheduled.

While this volume will make the company the biggest producer in the tissue paper market in India, it is not enough.

“Our strategic plan is to be number one or two in the entire paper and paperboard market within the span of five or six years. We particularly aim to grow in the areas of packaging materials and hygiene products,” says J P Narain, the company’s CEO.
Century has chosen the market segments with the fastest growth in India’s markets, and plans to take them on aggressively. The company aims for an annual growth rate of 15 per cent in tissue papers – even faster than the market average.
“We are actively promoting our own Century brand of hygiene products across the country. Economic growth and an awareness of well-being are driving the growth in tissue paper products”, says Narain.
Century exports 50 per cent of the tissue paper products it produces. The markets include the Persian Gulf countries, some African countries and Sri Lanka. The company is the only one in India producing a tissue paper grade used especially in hygiene products.
“The paper we produce is very thin and extremely soft.”
However, Narain says that environmental awareness is accelerating growth in packaging materials, with the aim of replacing plastic with renewable materials such as paperboard and textile fibres. Century also makes Rayon Grade Pulp (RGP) products.

Metsä Fibre sells pulp to the Indian market in cooperation with its Japanese partner, Itochu.
“Customers appreciate overall quality, and long-term and confidential relations are a prerequisite for a seat at the negotiating table,” says Krishnan Ananth from Itochu referring to Metsä Fibre’s markets in India.
Century’s CEO Narain shares this view: “The cooperation between Metsä Fibre and Century began in 1995. It is now growing even stronger, thanks to the growth in production capacity brought about by the new paper machine.”
“The quality of Metsä Fibre’s products is significantly better. When we use their pulp, the bulk or the ratio between the paper’s thickness and grammage is higher than that of the competitors’ and gives an excellent strength to the products,” says Narain.
Paper consumption in India, which has a population of roughly 1.3 billion, remains at a significantly lower level than in Europe. This means there is plenty of room for growth.
According to the figures of the Indian Paper Manufacturers Association (IPMA), the annual growth rate of the paper and paperboard markets prior to the COVID-19 pandemic was between five and six per cent. In the writing and printing paper market, the growth rate was slower – between three and four per cent.
“The growth was stronger in the paperboard market. Tissue papers also grew at an annual rate of roughly 12 per cent, even though the market is still small,” says A S Mehta, President of IPMA. He is also the CEO of JK Paper, one of the biggest companies in the industry.

Work changes brought about by COVID-19 may be permanent

India’s biggest paper and paperboard companies have been in fully domestic ownership since International Paper sold its operations to Indian companies. Many of the operators, including Century and JK Paper, are large, diversified groups listed on the stock exchange.
In the spring of 2020, COVID-19 brought India, as well as the rest of the world, to a halt. In the summer, only 30 to 40 per cent of workplaces were open, while every school and educational institution was closed. The resulting lack of demand was particularly visible in the writing and printing paper market.
Mehta says that packaging materials were not as hard hit, and the market had recovered to between 70 and 80 per cent of the normal situation by late summer.
“We hope to be close to normal by the first quarter of 2021. But COVID-19 will still change people’s behavior, and some of these changes may be permanent,” he adds.
By “changes”, he is referring to the digitalisation of work furthered by the move to remote working, among other things. The move of notebooks, calendars and brochures to an online environment may become a phenomenon that permanently shrinks the writing and printing paper market. 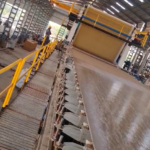 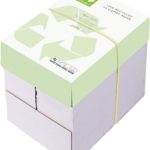 Everything You Need To Know About Buying Eco-Friendly Paper

Splicing together instead of recycling: “Skiver Line” for corrugated base paper

How Do We End the Myths About Paper Use and Forests? Everybody has a Part to Play!