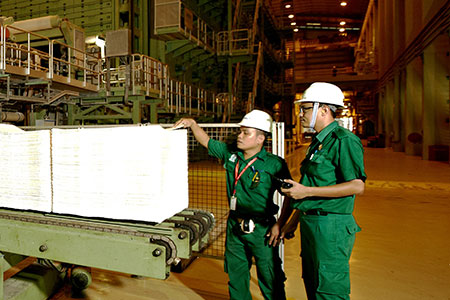 The factory will be part of APRIL’s operations in Riau province and have the capacity to produce 1.2 million tonnes of folding box board annually that is fully recyclable and biodegradable. The investment is aimed at fulfilling domestic and international demand for environmentally-friendly packaging products, amid a global focus on reducing the use of fossil fuel-based plastic packaging, the company said.

APRIL, one of Asia’s largest pulp and paper firms, is among several plantation companies that have been criticised for rampant land clearing, which are often blamed for annual forest fires in Indonesia. APRIL denies involvement in illegal land clearing and forest fires and says its sustainability policy includes no deforestation.

Construction of the new facility will be completed in the third quarter of 2023 and it will also be able to produce 1.06 million tonnes of kraft pulp and 600,000 tonnes of bleached chemi-thermo mechanical pulp, which are raw materials used to make paper, according to a statement by Indonesia’s coordinating ministry for economic affairs. Additional supplies for the new production capacity will come entirely from the firm’s existing supply chain, said APRIL, a company owned by Indonesian businessman Sukanto Tanoto, adding that it plans to continue to boost its fibre plantation productivity. 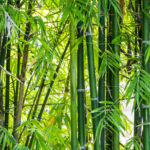 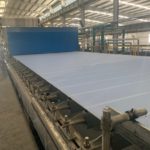