Five Signs Those Anti-Paper Studies May Be…

Everything You Need To Know About Buying…

Since 2008, the Carbon Balanced Paper initiative has been responsible for balancing 190,000 tonnes of CO2 and preserving 19,000 acres of high conservation value land.

The launch in North America will enable brands and organizations in the United States and Canada to carbon balance any paper product, helping them to meet growing commitments to carbon reduction and carbon neutrality and to simply, yet effectively, differentiate themselves as market leaders in environmental responsibility.

The CBP program balances (offsets) the carbon impact of paper by investing in WLT projects. Through land purchase of ecologically important standing forests under real and imminent threat of clearance, carbon is locked that would otherwise be released. These protected forests are then able to continue absorbing carbon from the atmosphere. The CBP program follows the principles of REDD+ (Reduced Emissions from Deforestation and Forest Degradation), now recognized as one of the most effective and fastest ways to stop the rise in atmospheric CO2 and global warming effects.  Deforestation and forest degradation account for approximately 11 per cent of carbon emissions, more than the entire global transportation sector and second only to the energy sector.[1] Therefore, forest protection and restoration must play a central role in the fight against climate change.

The North American CBP initiative is made widely available through a network of partners and distributors, including U.S.-based paper merchants Midland and WCP Solutions, and Canada-based merchant West World Paper.

When using Carbon Balanced Paper, a unique logo can be used on print projects serving as a high-visibility demonstration of a brand or organization’s commitment to the environment. Users can also receive a certificate from WLT which highlights the amount of CO2 that has been balanced and the area of land preserved.

Commenting on the North American launch of the CBP initiative, Phil Riebel, President of Sustainable Paper Group, says, “I am very excited to be working with our partner merchants on this new sustainability initiative.  We believe we have a great solution for the marketplace given the urgency of addressing climate change and the increasing number of organizations making carbon reduction commitments.  Our partnership with the World Land Trust is a key part of the credibility of this program.  It has a global reach that protects some of the world’s most biodiverse and endangered habitats.”

Dr. Gerard Bertrand, Honorary President World Land Trust, says: “We are delighted this program is now being extended to North America and Canada. It is a great opportunity for brands and organizations to support the work of World Land Trust, protecting land of high conservation importance rich in its biodiversity. This is real action in real places.”

Sir David Attenborough, Patron of WLT, says of the charity, “The money that is given to the World Land Trust, in my estimation, has more effect on the wild world than almost anything I can think of.”

Carbon Balanced Paper was first introduced in Europe in 2008.  The initiative considers the average carbon emissions related to the manufacture of paper (cradle to gate).  In North America, Carbon Balanced Paper is administered by Sustainable Paper Group in association with World Land Trust.  The program is fully accessible to the entire paper and print sectors in the U.S. and Canada.

World Land Trust is an international conservation charity that protects the world’s most biologically significant and threatened habitats acre by acre.  Since its foundation in 1989, WLT and its project partners have been instrumental in the purchase and protection of more than 2,000,000 acres of tropical forest and threatened habitats in 25 countries. WLT’s patrons include world-renowned environmentalist Sir David Attenborough and Dr. Gerard Bertrand, WLT’s Honorary President and ex-science advisor in the Executive Offices of Presidents Nixon, Ford and Carter. 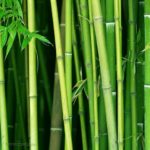 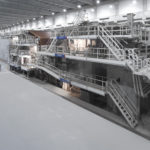 Everything You Need To Know About Buying Eco-Friendly Paper